Finally the day is here when we had planned to visit and experience the incredible Middle-earth at the Hobbiton Movie set – one of the most attractive and captivating location without any doubt. Hobbiton Movie Set is located in Matamata which is about 2 hour away from Auckland. There are multiple ways to reach the site, you can drive or take a tour bus to the shire. Check out the link for more information. As we were staying at our friends’, they were kind enough to drive us there.

The drive to destination was super scenic, it seemed like one of those perfect drawings from grade 1 have turned into reality. I always wondered that these breathtaking scenes are all fantasy- Clear blue sky with sun peek-a-booing through intermittent white clouds, lush green mountains ending up in a valley where some small cute houses are located with fenced garden area and river or lake flowing at one side. But wow this is for real and so heavenly arresting mannn! ❤ 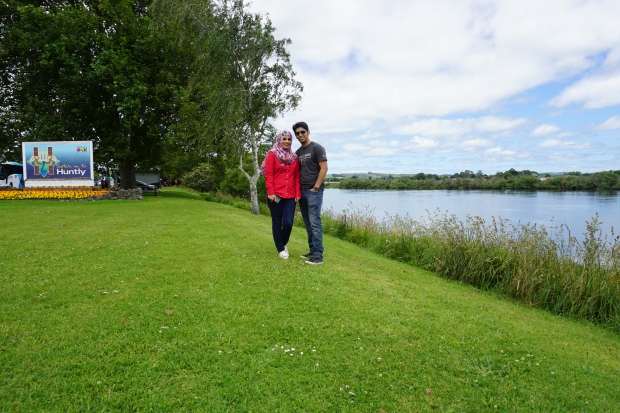 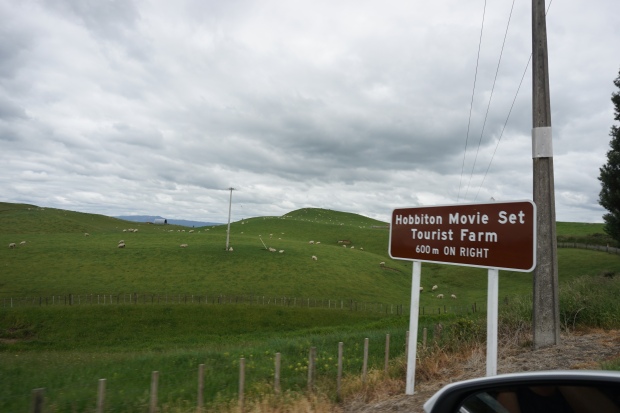 We stopped by a farm in between just to get some fresh berries and resumed our journey. Reached the set at about 2 pm which was a little late considering the fact that the tours start at 9 in the morning and we haven’t booked our slot beforehand.  There was a possibility that the tours could be sold out by this time. We needed to buy the tickets immediately so we walked up briskly to the ticketing centre and found out that all the tours for the day are full except for the last one (departing at 5:30 pm) in which just 3 spaces are left. HI looked pensive about the time slot but i suggested that we should go for it rather than wasting our day. As soon as we booked it we heard a lady telling her daughter at the other counter ‘It’s gone now, it was available but not anymore’. Had we taken one more moment to think about it we would have ended up going back without even visiting the set. It was a wise decision and on time – Thank God!
Sincere advice: Always pre-book your tour a day before AT LEAST to avoid any disappointment. You can get all the information regarding ticket cost and time slots here.

After emerging successful from Ticket Hunt, we had plenty of time to waste before the commencement of our tour. We requested the tour operator to accommodate us in any of the available tours if someone doesn’t show up, just in case. Meanwhile we ingested the delectable Biryani which Ray had brought for lunch. It tasted divine in that picturesque setting of landscapes. We were then informed that there was capacity in 4 o’clock tour, we availed the opportunity without giving it a second thought.

Ray and Noman Bhai chose to enjoy their time with their kids at The Shire’s Rest Cafe since they already have visited the farm recently. We boarded the tour bus which took us to the farm which is now converted into a winsomely magical set. The friendly driver of bus was sharing interesting facts about the farm throughout the 10 minute ride, later on showed us a documentary too. He told us that this was one of those usual sheep and beef farms owned by Mr. Alexander until one day Mr. Peter Jackson showed up at his doorstep and changed the fate of his farm forever. They were searching for suitable film sites in 1998 and discovered this farm in an aerial search. The nine months long site construction period started in March 1999 after the negotiations.

We disembarked the bus and met our guide Dylan West Wood who was a very warm and easy going buddy. He led us all the way up to Bag End and down towards the Party Tree while revealing entertaining stories and instances that had once happened on the set. 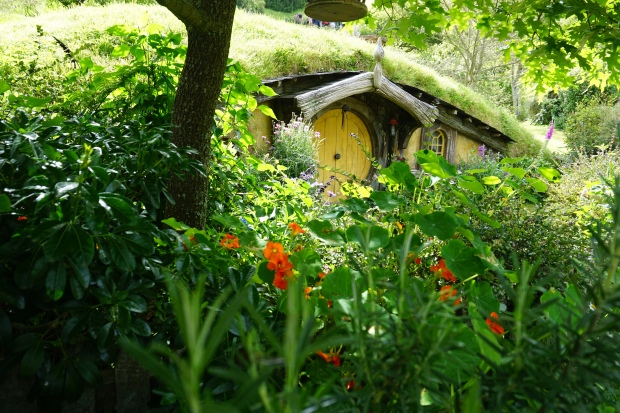 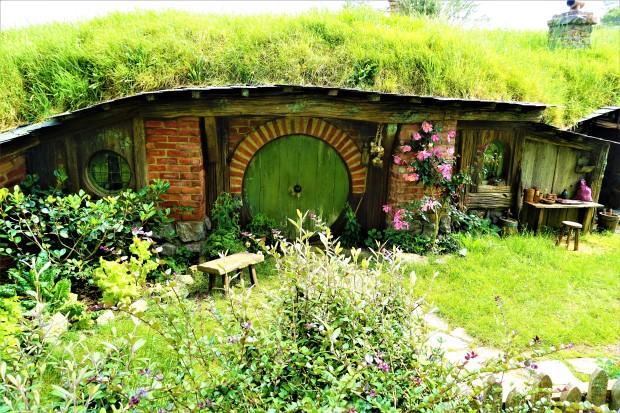 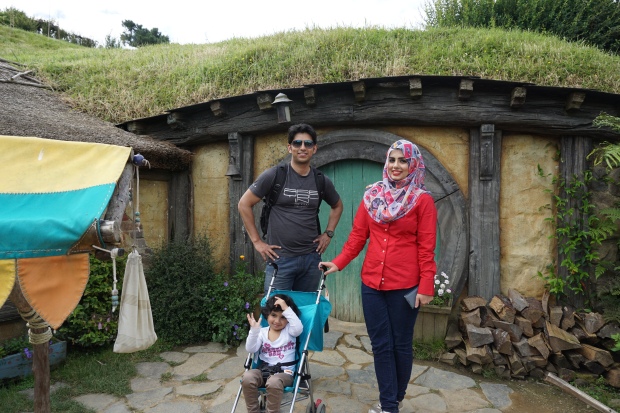 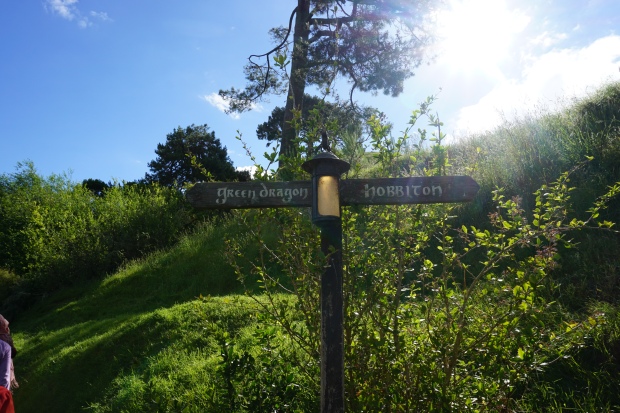 Interesting Facts about the Set:

Listen to what Dylan is saying and uncover some more interesting facts about the set. (Watch in HD)

The tour was about 2 hour long, E also had a good time – you can take your baby along with small lightweight stroller since the path is a little rocky and you’ll be needing to lift it in order to cross some stairs on the way. After getting the experience of middle earth we were taken back in the same bus towards the car park area where our friends were waiting for us. Observing our happy faces they instantly realized that we had an awesome time inside. It was such an extraordinarily awe-inspiring encounter with a fine blend of nature and man made creation. A must-go place for sure!

We then headed back towards Auckland, on the way we noticed that all the graveyards were situated on mountains high above the ground. Noman bhai told us that Maori people are of belief that the higher their grave is, the higher will be their place in heaven hence the graveyards on mountains. Now that sounds interesting! 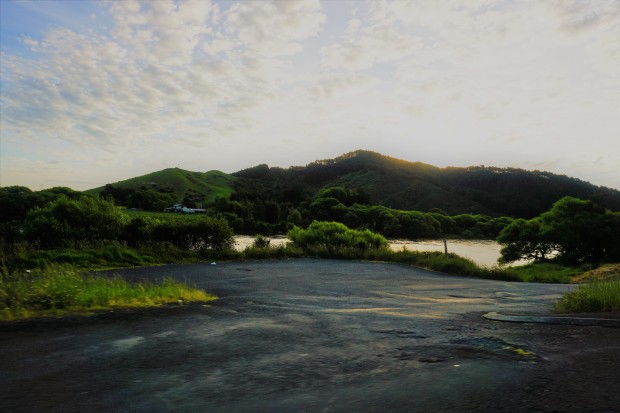 Witnessed captivating sunset and stunning sights enroute Auckland, certainly New Zealand was making us falling in love with it with every passing curve of the road. This was about our fabulous day at Hobbiton, stick around for more spellbinding and enthralling posts from New Zealand folks.

The best form of LOVE