After having some of the very phenomenal encounters and memories to cherish for the rest of our lives (E will probably forget those) we bid good bye to dreamy mountainous city of Dunedin and advanced towards Te Anau. It is a small town which is known as Gateway to Fiordland National Park and Milford Sound. These two were are actual destinations but since both of these are remote areas, Te Anau is the ultimate stopover town for people like us (who are not so adventurous to camp overnight among the nature with a 2.5 year old baby).

It was a bright sunny day, the drive to Te Anau was long (about 3.5 hour) although scenic but not like the ones we had experienced before while traveling in and around Dunedin (our benchmark was clearly raised). We checked in first thing upon reaching the small town and opted to rest for a while since the weather was a bit warm and we were exhausted too. We had booked a room at Kingsgate hotel which is located at the lakefront from Booking.com (they offer best prices without any doubt, I have told you that before too here), the room was nice and airy with a captivating view of far away snow covered mountains. But the thing which surprised us the most was that there was no air conditioning or fans installed. Yes, you won’t find these sort of amenities there because they are not needed there at all. It was a bit warm during the day but night was cool and breezy, we did not feel like something was missing.

We had our lunch there in the room which were leftovers from our last night’s dinner from Little India, enjoyed afternoon tea with the window views and got ready to explore the small town. Stopped at the lake where E had loads of fun with the sea gulls and ducks. She loved running after and scaring them the most. 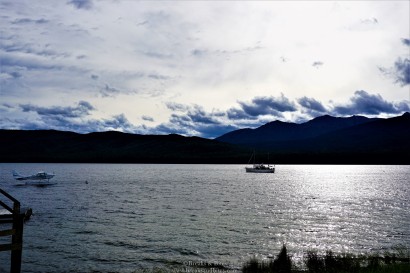 The beautiful Lake at Te Anau

I loved sitting and inhaling the fresh air at the site

No posing! I am Serious

E was having a good time with these native birds

and scaring the shit out of them… lol

We then advanced towards the information site to learn about the activities we can perform with the remaining time we have for the day only to find out that all the cruises to Glowworm caves are full, I was interested in checking out those caves :(. Better luck next time! Lol 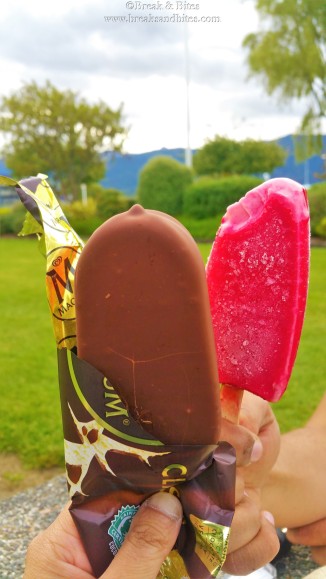 This is how she shops… lol

We sat here for while in between

We then casually strolled around the area which happens to be the centre of town with some icecream. The next challenge was to find halal food there which was next to impossible. The town has lots of food options but halal food was not readily available. We researched a bit on google, found some places but they were all closed by the time we contacted them (many of those closes around 7 or 8 pm). We were left with no other option than to get some grilled fish from one of those fish and chips shops which we grabbed before wasting much time because it was 9pm already and to our utter amazement the sun was still up.

The sun set around 9:30 pm until then we were done with our dinner and were heading back towards the hotel to get a full night sleep before advancing towards Fiordland National Park and Milford Sound the other day when a lot of excitement, drama and breathtaking beautiful sights were waiting for us.

Do not miss the upcoming exciting post about the above mentioned awe-inspiring places in this series, it is going to be a super hit for sure. Watch out for that 😉

Life in Wellywood – A letter

Reasons Why Mistakes Are Needful